Slowly Getting Back to Normal

Grayson went back to school today! To have him be able to attend summer school post-surgery was a major goal of mine, and I am so thrilled for him (and the rest of us!) that he is able to attend. Sadly, his school was destroyed in the horrible flooding that resulted from Houston’s major storm last week, and the teachers and kids are temporarily relocated to a church not far from the school building. G had a great day! He had only left the house twice in the three weeks he’s been home from the hospital, and needless to say was going stir crazy. I’m glad he had those weeks of rest though, because his inscisions are healing really well and his pain is definitely better. We see the surgeon in another three weeks, and hopefully he can be done with the braces and pillow and be back to his normal wheelchair. When we got home, his demeanor and mood were so light and happy, and I’m so happy for him that he’s back with his beloved teachers and friends at school. 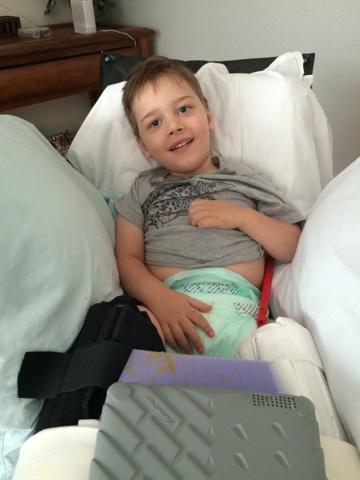 I can hardly believe it’s already June 1, because the month of May just passed in a blur of survival mode. While our family has certainly had our share of stress and exhaustion the past month, May was a devastating month for so many people. In addition to our non-stop rain and flooding in Houston, I’ve been so affected by stories of other tragedies around the country: horrific fatal car accidents and a much too high number of families in the Mito and rare disease community who have lost children in the past few weeks. One family in particular has just consumed by thoughts and prayers the past few days- their sweet girl, who was just a few months older than G, passed away last week. I “met” her mom through social media when our kids were just babies and were struggling with extrememly similar symptoms. She ended up with a different diagnosis than G, and obviously regressed much more quickly than he has. I am just heartbroken for their loss, but also relieved this precious girl no longer has to suffer.
But May wasn’t all stress and unhappiness. My grandmother came for a visit from Michigan, and it was so sweet to see her and watch her love on the kids. She was smitten with all three of her great-grandchildren. 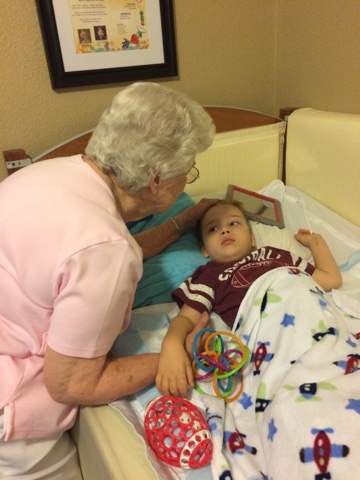 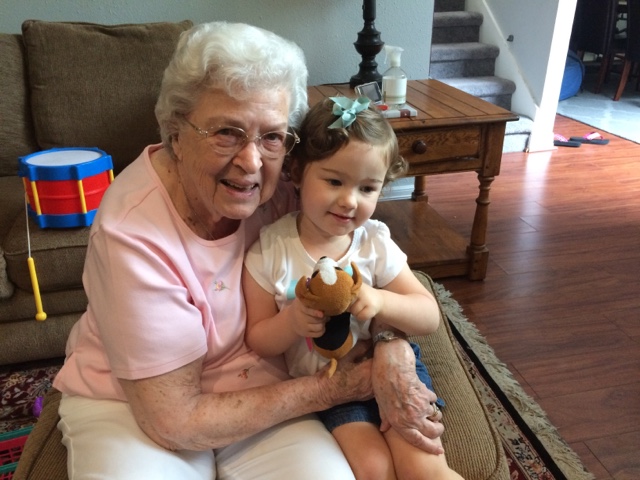 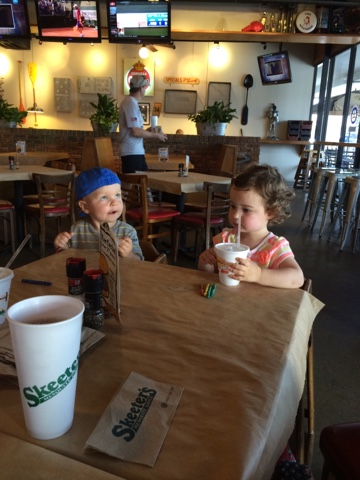 My pregnancy is moving right along. I’ll be 25 weeks tomorrow, and am feeling huge. This pregnancy has been so very different in every way than my other two, and I’m definitely a lot bigger earlier this time around. I had a few weeks of feeling a lot better than I had, but this week has been rough. I wake up in the morning starving and nauseus, and no matter how much I eat, I seem to be hungry again 5 minutes later.
I realized I never updated about the cyst on my baby’s brain. I’ll have another ultrasound in two weeks to see if it’s gone, but my chromosomal testing came back normal, which means the chances the cyst is anything to worry about is extremely small. Such a relief, and I’ll admit, I’ve just let it go and have hardly thought about it in weeks.
Bring on June and summer! Hoping for some easier and fun weeks ahead! 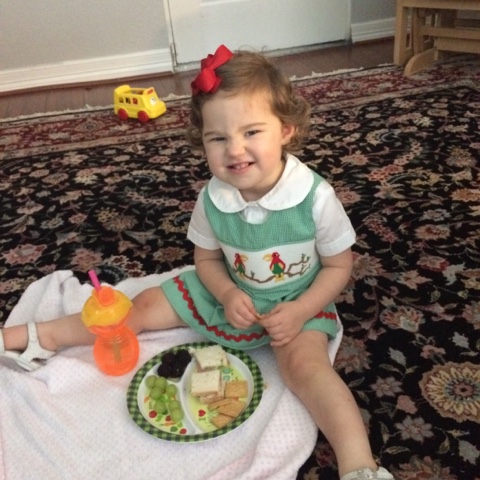